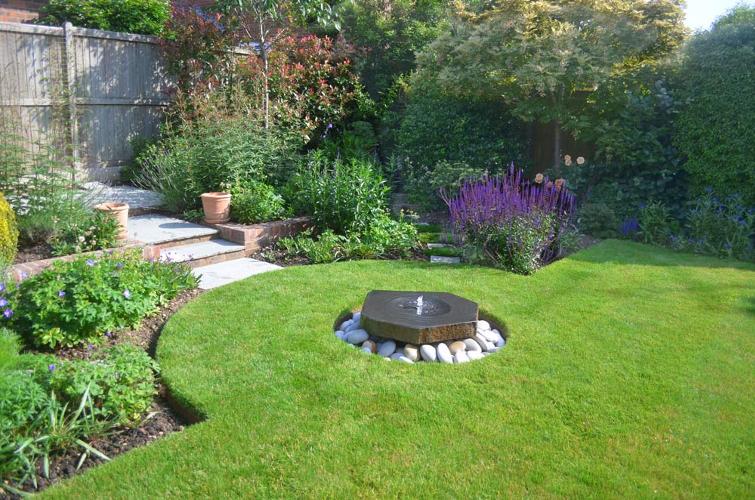 Already a beautiful garden, but the client wanted alterations:

With this particular client I was dealing with an established garden whose owners enjoyed their garden and loved gardening. The brief was to increase plant space in the garden, improve access to the plants, make the lawn more manageable, introduce a new water feature, and create space for a greenhouse. In spite of concerns over changing what appeared to be a lovely garden, the client gave me licence to make any changes, except for the patio, and a circular plant stand in the far corner. 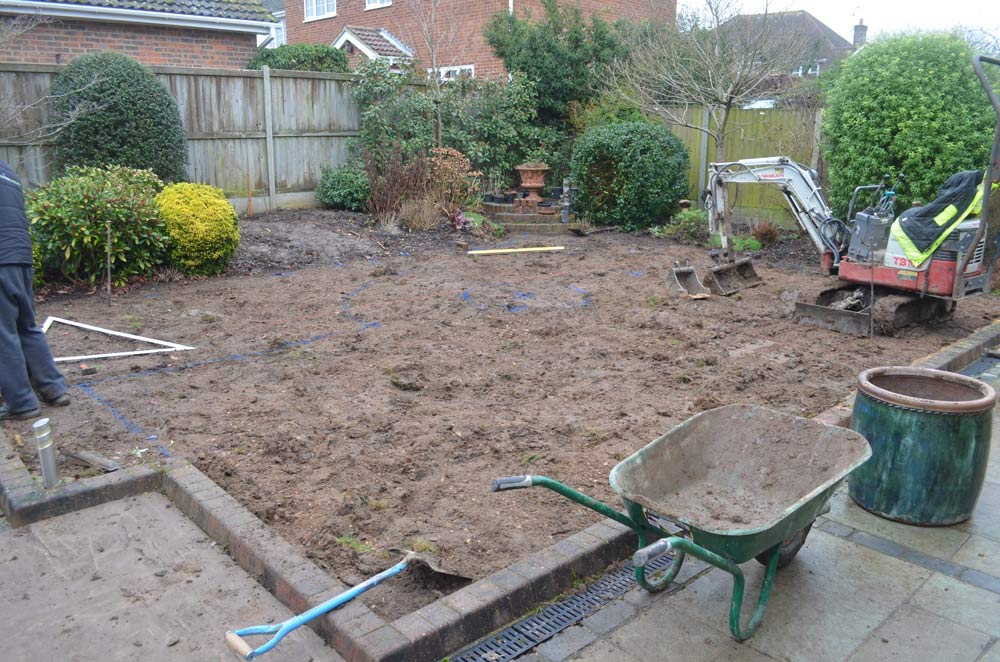 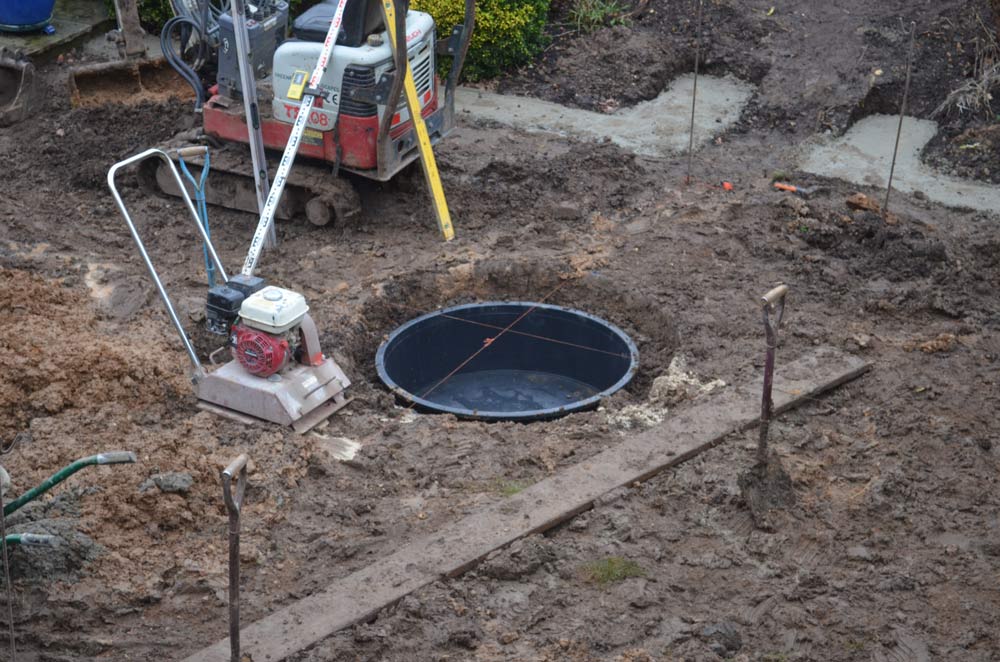 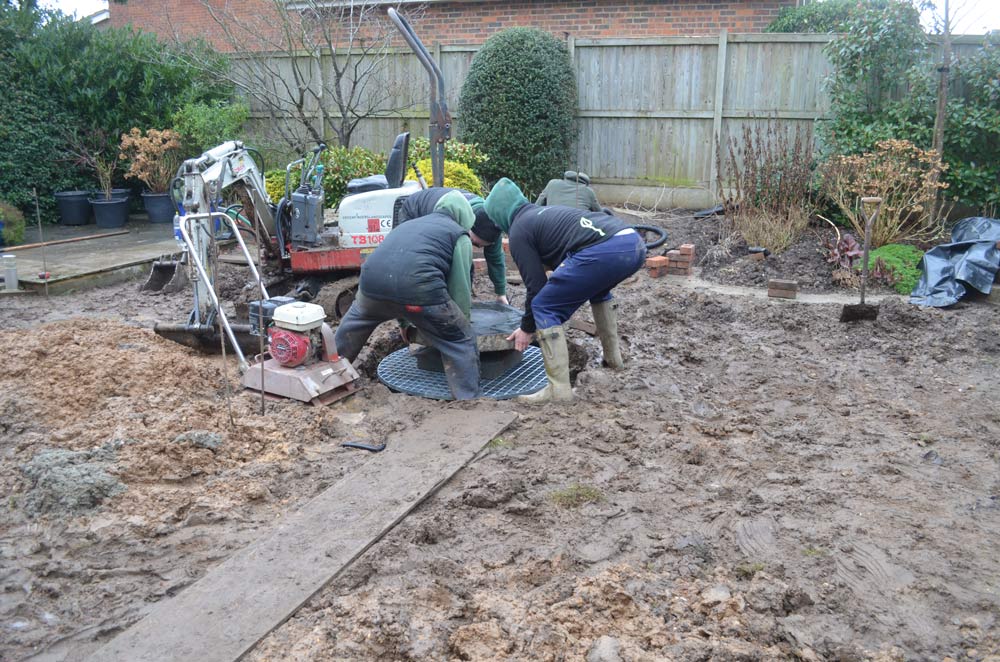 The garden faced north-west and therefore the optimum planting position needed to remain towards the rear of the garden, which enjoyed most of the summer sunshine. The garden also sloped slightly from the back of the plot towards the house, so all the plants were to some degree laying over each other from the rear fence. The current lawn was encased on two sides by a low granite kerbstone, edging the patio, but the lawn was lower than the kerb, which made cutting the grass near the edges ‘tricky’. In the far corner stood a raised, circular brick stand that the owner had built. The garden had a range of herbaceous plants, evergreen shrubs and small trees. All of these I felt could be kept but the herbaceous border would need to be dug up and the plants ‘potted’ up before work took place. The greenhouse was going to be a challenge, as placing the greenhouse centrally in the garden, where it could enjoy the maximum sunlight, would interfere with the view of the garden from the dining room window. There were also planning restrictions on it being too close to a boundary.

I decided to base the design around the central focal point of the water feature in the centre of the current lawn. The new herbaceous borders would then replace some of the existing lawn, but I would introduce a low terrace wall where the current border stopped to the level of the rear area of the garden. This wall would also tie in to the existing raised plant stand. I added some small, informal stepping stones through the two new borders. These would lead from the centre of the new lawn to the corner where the plant stand was, and through the nearside border to the other far corner. I then repositioned the greenhouse to the existing patio, utilising this mostly unused space, and added a smaller seating area in the centre, with low steps leading to it at the rear of the plot to enjoy the morning sunshine.

The water feature in the centre of the lawn is edged by a steel ring. The use of steel was then repeated around the edge of the new lawn on two sides. 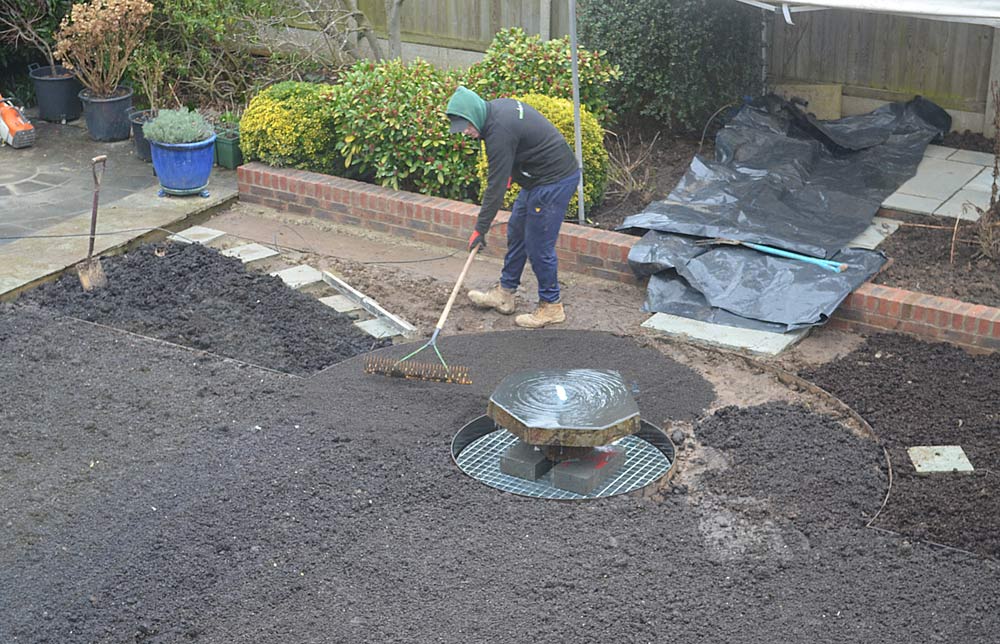 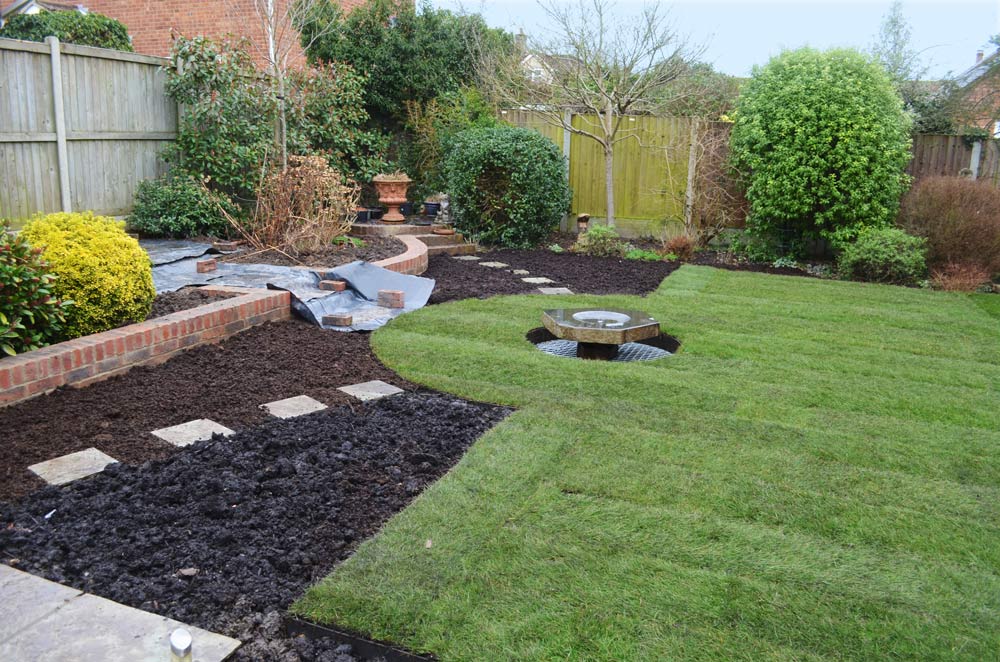 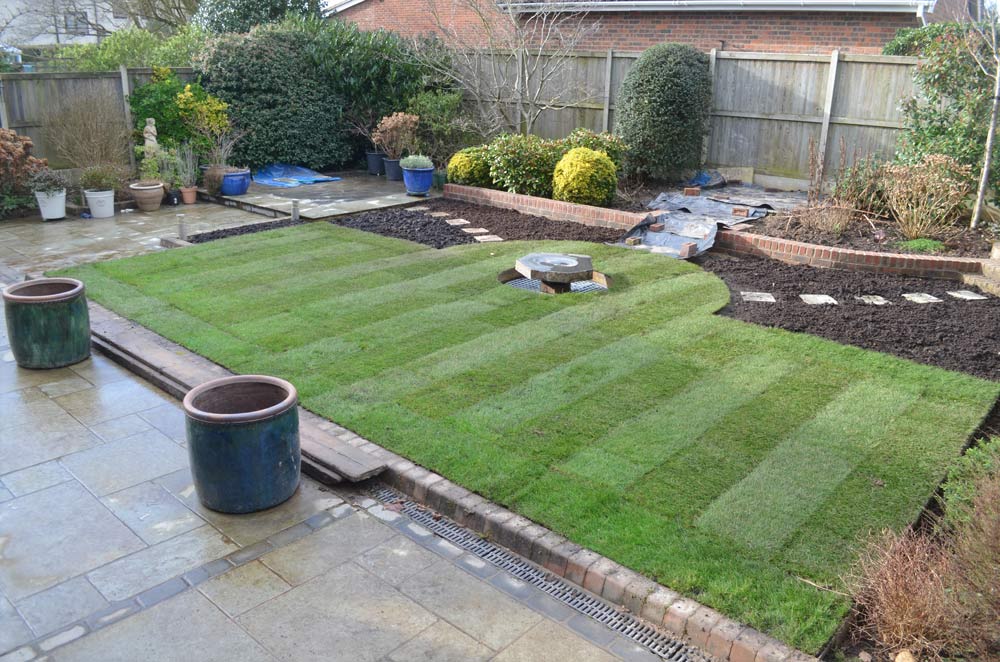 I work with garden landscapers I trust, and every effort is made to protect areas from any damage during construction. The landscapers lay boarding over existing patio areas and all plants that need to be kept are carefully lifted and stored. The landscapers needed to be multifaceted, combining landscape construction with carpentry, steelwork, plumbing and electrics. By employing the very best garden landscapers in the area, I found the garden renovation fell very much into place, resulting in a truly spectacular garden. 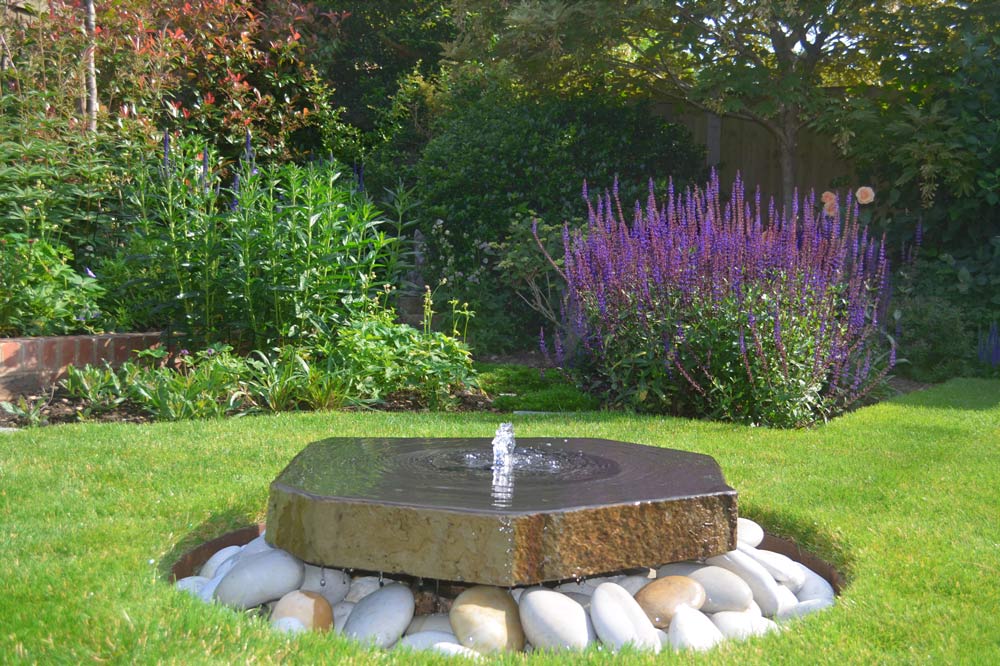 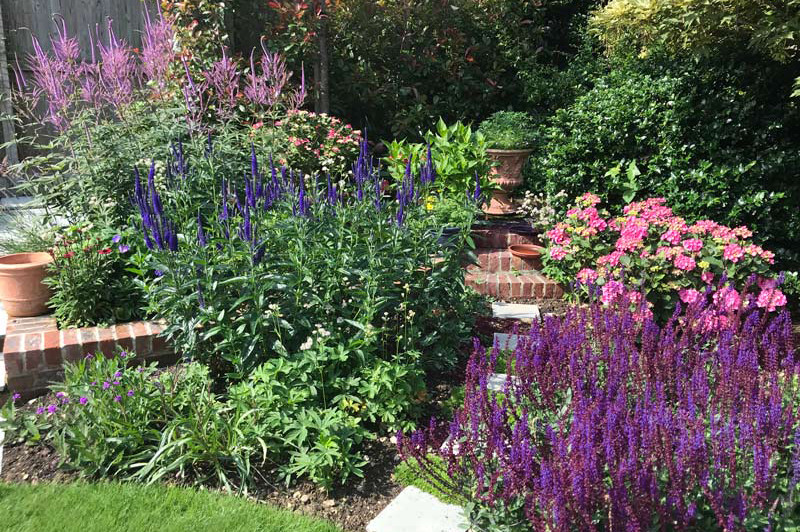 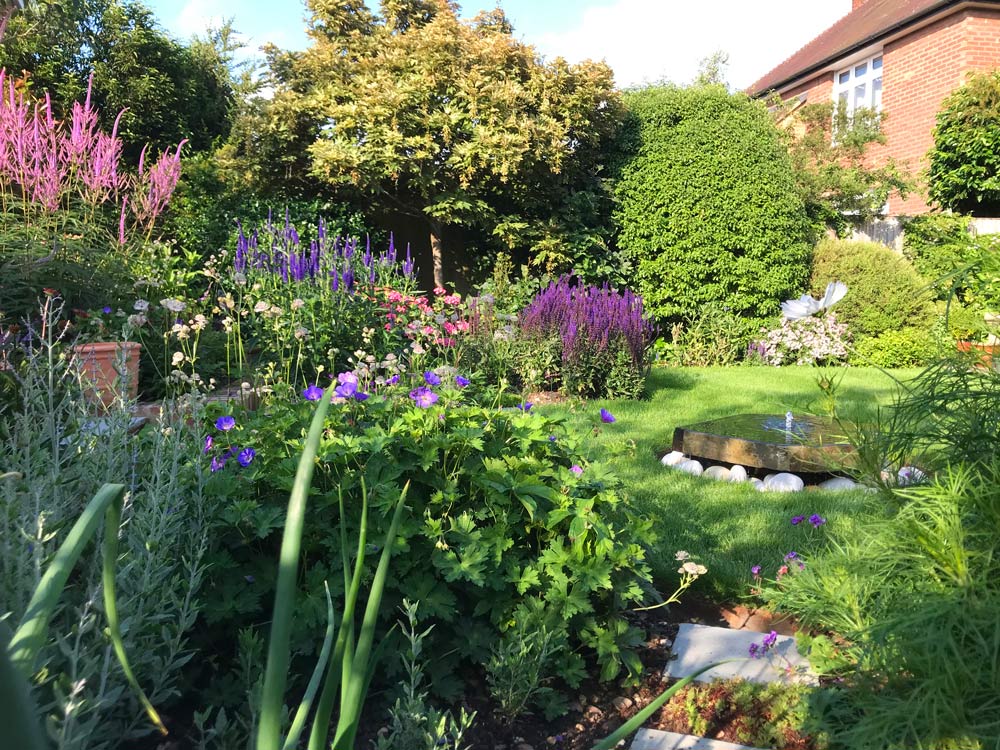 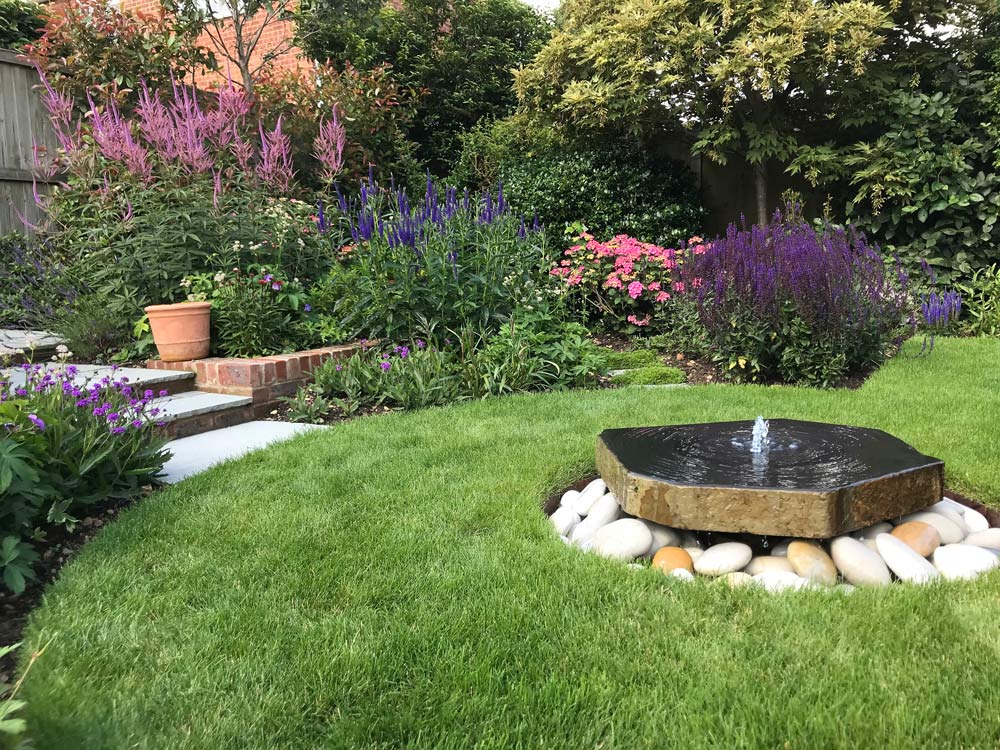