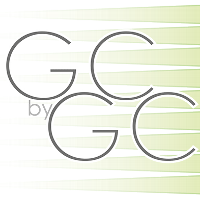 Gary Curtis is a designer with over 25 years of industry experience. Over this period, he has embraced complex digital solutions, which enable his clients to realise high quality design projects. When the opportunity arose to utilise his considerable expertise, in the field of landscape garden design he did not hesitate, and he has subsequently built a successful business based largely on personal referral. Gary has an exceptional eye for detail and enjoys reimagining a client’s ‘wish list’ to create spaces which deliver on both practical and holistic levels.

More by this Author 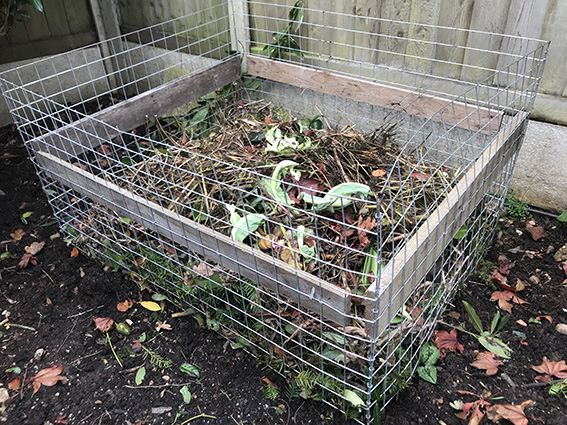 Back in early November I wrote a blog on ‘my first foray into garden composting’. This was driven by two factors, these being the fortuitous delivery of a wire cage (from a garden designed early last year) and the local councils plan to reduce the number of collections of garden waste in my Essex village.

As I mentioned at the time, allowing space for a compost heap in any relatively small garden is quite extravagant and uses up valuable design real estate. I therefore prefer to advocate the ‘once a year’ bulk purchase of vastly superior, ready-made compost.

Nonetheless, this year with the two issues aligning, I decided to look at the possibilities.

Well, as the earlier blog mentions the theory started off perfectly and the wire cage was great in terms of confining the exercise to a specific area. Over the next three weeks I collected what I hope will be a good balance of Carbon and Nitrogen elements and began filling the cage.

The moisture element has also been dealt with as, so far, we’ve had a pretty damp time of it in my part of Essex

At the time, opinion was split as to how often you turn the heap to aerate it. Some websites say turning it every 2 to 4 weeks works best with smaller compost heaps, whereas the well-known, curly haired, BBC garden presenter suggested only 3 times throughout the whole 18-month process, albeit this was for a ‘gargantuan’ sized compost container!!

Anyway, we are now in 2022 so decided to see how the composting process was working and in addition, see how effective the wire cage design idea was going to work.

So, as a refresher, the idea was rather than have two compost bins it was to use the same bin lifted and moved over to a near position and the compost turned into the new position shown by the red dotted line. 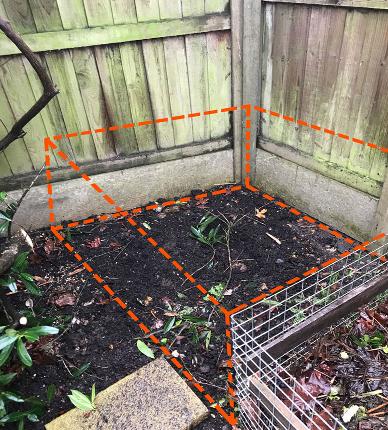 For this I had to clear the new position adjacent to the existing position of overhanging foliage of a Laurel shrub, but this was pretty much an unused area anyway being right in the deepest corner of my plot. Once cleared the new position was an exact fit for the wire cage once moved.

I then proceeded to lift the cage off of the existing heap, which left a very neat ‘rectangular shaped’ compost heap and placed it down adjacent to its existing position. As the cage was super-light, I’m ‘chuffed’ to confirm it worked perfectly!!

Then turning the compost into its new position, was easy taking about 2 minutes. What was originally on the top was now on the bottom of the new heap. Perfect!!... The idea using this method appears to be an efficient solution? 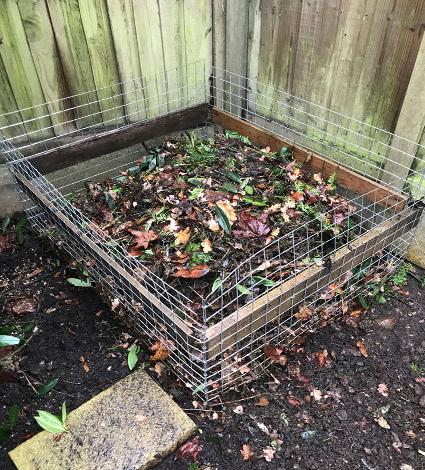 However, you do have to leave the space it originally occupied free to turn it back. This is still only roughly 2 square metres in total.

Now for the “fact checks” …

The wire cage was approximately 1.1m x 0.95m and about 700mm deep. For this first incursion into the world of composting I filled the cage to the top, but this reduced as I chopped up the material and it’ll obviously, break down further leaving me with considerably less as the composting process gets underway. 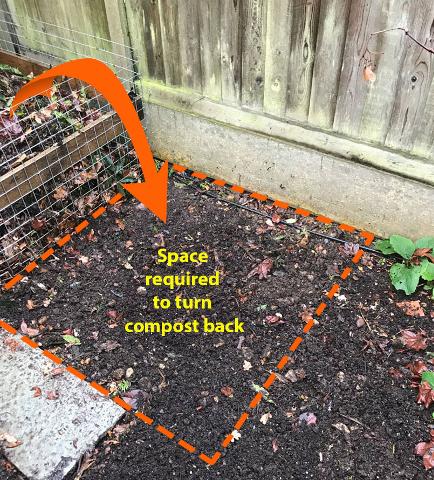 So, in conclusion, turning the heap after only 6 weeks wasn’t showing much evidence of decomposition. This, however, does allow me to continue filling the heap for longer as I start to clear away more of the herbaceous borders, which I’d left longer into the winter season for structurally aesthetic reasons.

This slower decomposition is also due to the lower temperatures, which will accelerate as the winter moves more towards spring and heat starts to build in the next 6 weeks.

In summary, would I advocate a change in direction from the bulk purchase of compost???..... for me (the owner of a smallish suburban garden in Essex), definitely not!! The main reasons being;

Over time I may generate enough to use in my green house for the propagation and ‘potting on’ of new plants but certainly not in time for 2022.

If you happen to have more space, more material and are in not so much of a hurry, then I think the wire cage option does have its merits, especially if you had several cages!!